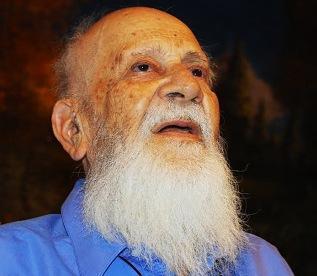 Fr Roberto Bolton García was a worker priest, chaplain to the Chilean JEC and a co-founder of the Christian Family Movement there.

Roberto Bolton García was born into a wealthy Catholic family in 1923. He studied at the German Lyceum.

He studied dentistry for three years, while collaborating with a Catholic students group.

He met Father Alberto Hurtado who was fundamental in his decision to become a priest. He was ordained a diocesan priest in 1946.

In the 1960s, he joined the so-called “Grupo Calama”, which emerged under the influence of the Dutch priest, Juan Caminada, who wanted the Church to recover its original meaning distorted by centuries of collusion with power, corrupting customs, decadent traditions, and pure bureaucracy.

The group believed it was necessary to rethink everything through a new praxis within the popular world, which implied becoming manual workers and living like them, with militancy in political parties and social movements.

As a result, he became a worker priest in a health clinic.

After the 1973 and the installation of the Pinochet regime, he worked closely with many of the tortured and persecuted, assisting them to flee.

He attempted to seek asylum for 20 people in the Holy See Nunciature in Santiago but the then provisional head, Monsignor Piero Biggio, called on the Carabinero police force to have them evicted.