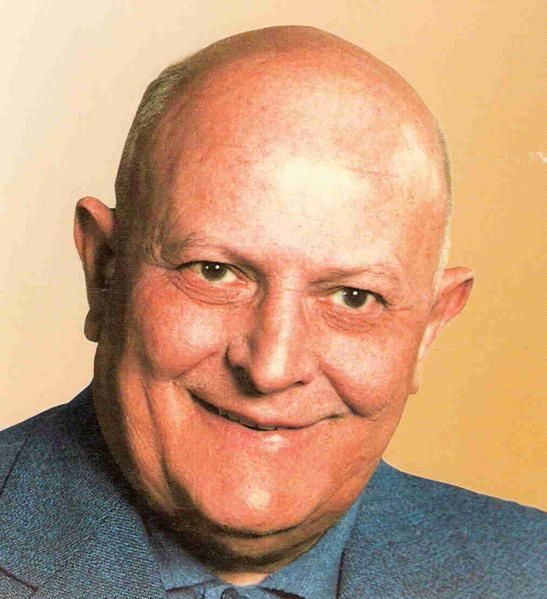 Gaston Pineau was a French priest, who was a chaplain to the JOC, JOCF, the Mouvement Populaire de Familles (MPF) and the Action Catholique Ouvrière (ACO).

Gaston Pineau was born on April 2, 1911 in Veigné, south of Tours. His father was a saddler. Turbulent and leader of a group of kids but also altar boy, the image of a rowdy youngster has remained with him. At 12, he entered the minor seminary, he wanted to be a priest to go preach in Africa, still agitated, he was once sent back for three weeks! However, at 18, he entered the major seminary.

In 1931-1932, he did his compulsory military service in Villacoublay (near Paris). On June 29, 1936, at the age of 25, he was ordained a priest, in the midst of a period of labor unrest. He exercised his first ministry as vicar in the parish of the Sacred Heart, in the popular district of La Fuye in Tours, he was also interested in the JOC. Those who knew him at that time describe him as a relaxed priest, "not very ecclesiastical", riding his bike with his stained cassock!

In 1939 he was mobilised after war broke out then taken prisoner in the Jura in the spring of 1940. He remained prisoner for five years during which he consistently refused to seek a more favorable status as a priest. He preferred to stay with his comrades and asked to be their chaplain.

In the camps, he participated in the resistance, encouraging and facilitating escapes, without escaping himself, aware that his presence was more important than his personal comfort. There too, his spirit of resistance and his indiscipline led to his being sanctioned and transferred ten times from one stalag to another.

He only returned to France at the end of 1945 on one of the last prisoner trains. These years had a profound impact on him and helped to orient his life and his apostolate: "It is there that I met, discovered the man in this that it has better and worse. It is also there that I became aware of the distance which separated the Church from the reality of human life. "

On his return he returned to his post and became chaplain of the JOC, the JOCF and also the Mouvement Populaire de Familles (Popular Families Movement). In 1949, he was the first diocesan chaplain of the ACO (Action Catholique Ouvrière). Very quickly, he moved away from the parish ministry. In 1947 he was appointed prison chaplain.

It was during the same period that he discovered the misery of the victims who had not found a home and who lived in the ruins; that also of ex-prisoners who did not find a home or a job after the war. This extreme misery cannot leave him indifferent.

To accommodate these homeless people he established a dormitory in the attic of the Foyer des Jeunes Travailleurs, rue Bernard Palissy. This was the beginning of what will become the Entr'Aide Ouvrière. At the beginning of the 1950s, it finally led to the Workers' Mission with the installation of worker priests. Three poles have guided his life: a triple loyalty, a triple requirement:

- Concern for the presence of Christian activists in the struggles of the working class, with the JOC-JOCF and the ACO,

- Concern for the poorest and most deprived, with the Entr'Aide Ouvrière,

- Concern for a presence of the Church in the working class with the Workers' Mission.

In addition, in 1958, he was appointed to the function of vicar general and director of works; in 1980, the title of episcopal vicar was given to him; in 1983, he was in charge of religious life in the diocese; and at Easter 1992, he was elevated by John Paul II to the rank of Honorary Prelate of His Holiness. In these different functions, he was able to relate to people from many different backgrounds.