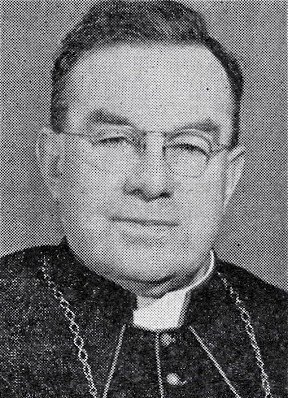 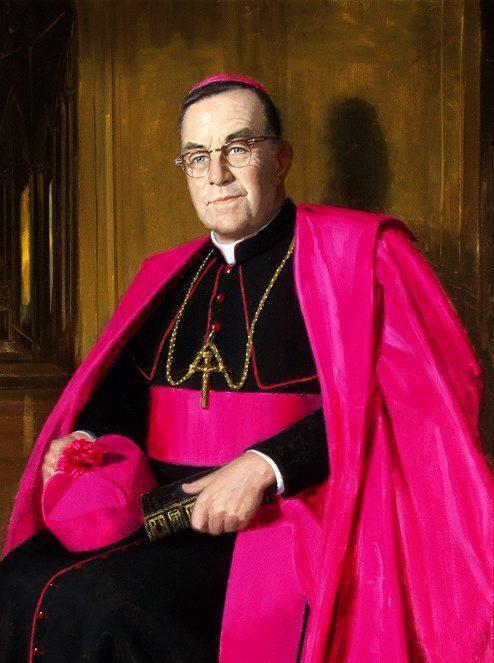 Archbishop Justin Simonds studied at Louvain where he became familiar with the JOC. As a bishop, he was appointed as Episcopal Chairman of the movement.

From 1928 he studied at the Catholic University of Louvain (Ph.D., 1930), Belgium, where his thesis on the influence of Philo on Christian apologists was awarded first-class honours.

While at Louvain, he became familiar with the work of Fr Joseph Cardijn and the Jeunesse Ouvrière Chrétienne (JOC).

In 1943, when the Australian YCW became a national movement, Archbishop Simonds was appointed as Episcopal Chairman of the movement.

He became archbishop of Melbourne in 1963 upon the death of his long-lived predecessor Archbishop Daniel Mannix.

However, by then his health was poor.

But he attended all sessions of Vatican II.

With respect to the YCW he wrote:

"I happened to be in Belgium during some of the period when the J.O.C. was being organised by its founder, Canon Cardyn, and know something of the problem it was created to solve and the methods it employed with such success ...

The founder of the J.O.C. was determined that its work should be thorough; that it should cover the whole person of the adolescent with an entire formation - religious, intellectual, social, vocational and moral ---
Since the Bishops have appointed me National Chairman of the movement, I propose to carry out their wishes by following the successful plan of Canon Cardijn ... " (Quoted by Max Vodola, Simonds, A rewarding life, Catholic Education Office, Melbourne, 1997, 110p at p. 13-15.)