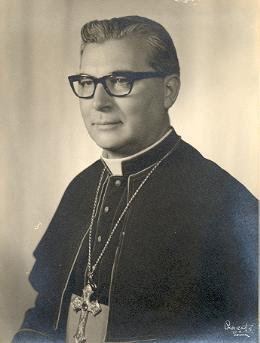 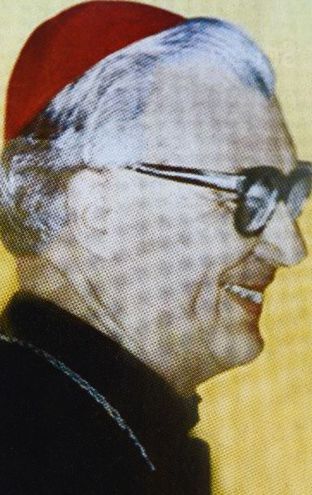 Founder of the JOC in Asuncion, Paraguay, later a Vatican II bishop, who also played an important role in the Latin American bishops conference (CELAM) at Medellin, Colombia in 1968.

Born in 1911, Monseñor Ramón Bogarín Argaña founded the JOC in Asuncion, Paraguay in 1940.

His parents were José María González and Patricio Bogarín de las Nieves Argaña. He was the nephew of Bishop Juan Sinforiano Bogarín and younger brother of another famous minister, Agustín Bogarín with over fifty years of priesthood, many of which were served as head of the parish of Encarnación.

He is from a line of missionaries, martyrs and heroes, among them San Roque Gonzalez of Santa Cruz, Amancio González y Escobar, towns founder and Francisco Javier Bogarín, independence leader and member of the Superior Governing Board of 1811.

In 1930 he took up residence in Asunción, where he was an officer candidate in the military movements prior to the Chaco War. In 1931 he posted as a student of the Faculty of Medicine, but a trip to Europe, organized by his family, interrupted his studies.

In France he started a career in mechanical engineering, but left soon after, deciding to lead a life in the priesthood.

He entered the Late Vocations Seminary of Saint Llan and then the Pius Latin American Pontifical College in Rome.

He graduated with a Bachelor of Canon Law and Master of Theology. He was ordained as a priest on April 16, 1938 in Rome, the following year he returned to his homeland.

In Asunción he organized the local Catholic Action, of whose Central Board he was appointed Ecclesiastical Advisor, and simultaneously Rector of the Oratory of Our Lady of the Assumption and National Pantheon of Heroes.

The paper was later closed because of threats received from sectors loyal to the government in the hectic first half of the decade.

In 1957 he was made bishop of the newly created Diocese of Misiones in Paraguay. He went to reside in San Juan Bautista in Misiones, where he consolidated the episcopal see. In this city he created a seminary, a parochial school and a model farm.

He also participated in other progressive initiatives for the community, making urban improvements. He maintained a permanent and restless activity, including manual or advisory tasks way beyond his ecclesiastical training, especially in the form of building and social development.

Thus contributed significantly to the progress and beautification of the city of San Juan Bautista.

In order to encourage reading he created the Catholic Action Library providing access to books and magazines with the idea of expanding the horizons of young missionaries.

Archbishop Ramon Bogarín is mentioned among those who promoted the founding of the Catholic University of Asunción, together with doctor and priest Juan Moleón Andreu and Professor Mario Luis De Finis, both professors at the Faculty of Medicine, National University.

He died suddenly on November 3, 1976 in the diocese of San Juan Bautista in Misiones, at 65 years old, as a result of a heart attack.

In 2013, Archbishop Claudio Giménez, President of the CEP and Bishop Adalberto Martínez wrote the following tribute to his work:

"Monsignor Ramón Bogarín Argaña, great promoter of Catholic Action, and spiritual father of the Young Christian Workers - JOC, transmitted to us the profound message of Canon Joseph Cardijn, who taught us the truth of faith, the truth and the truth of Experience method, which allowed us to institute within the working youth methodological trilogy SEE - JUDGE - ACT - recognized this method by CELAM in Aparecida - thus enabling the development, both in the Church and in society, the emergence of an apostolic movement of extraordinary gravity.