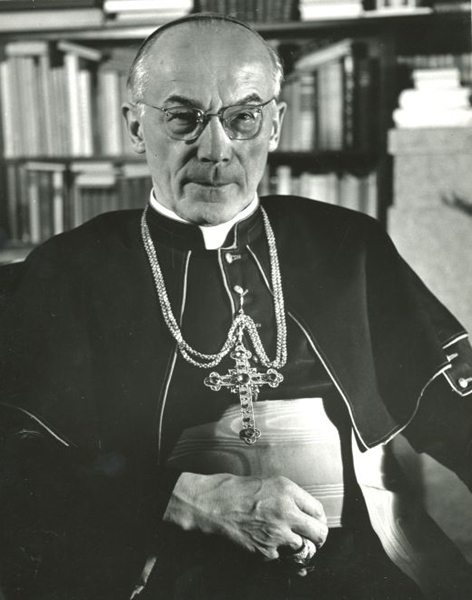 Cardinal Josef Frings supported the establishment of the CAJ (German JOC) in the aftermath of World War II. He played a significant role at Vatican II.

As soon as the Second World War ended, he supported the establishment of the YCW (CAJ) in Germany. He adopted the specialised Catholic action approach, echoing Cardijn in his pastoral letter below, in rejecting criticism of this approach as "dividing the Body of Christ", the same accusation that had been against Cardijn.

"On the contrary, it is the way of intimately bringing together religion and daily life, and avoiding the dangerous division of human life into two parts, civil life and religious life; it is the means of teaching people to serve God in and through their professional occupations."

In 1947, he took part in the IYCW International Training Program in Montreal, Canada.

He also wrote a foreword to the first translation into German of some of Cardijn's writings.

In 1948, he issued a statement backing the work of the YCW in Germany.

At Vatican II, the Belgian former YCW and Christian Worker leader Auguste Vanistendael became one of his personal advisors.