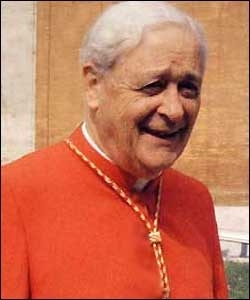 Jean Margéot was the founder of the JOC in Mauritius.

Born in Mauritius in 1916, Jean Margéot was sent at the age of 17 to study as a seminarian at the Pontifical Gregorian University in Rome.

On his return to Mauritius he was ordained a priest aged 22 years.

He was appointed to the Visitation parish at Vacaos where he soon launched the Young Christian Workers movement.

Pope Paul VI named him bishop of Port Louis in 1968 and Pope John Paul II made him a cardinal in 1988.