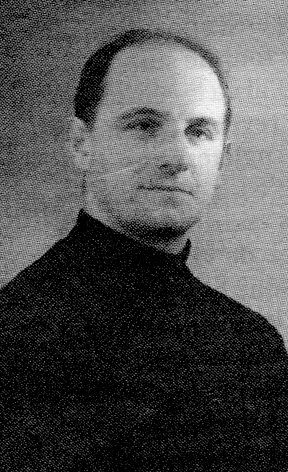 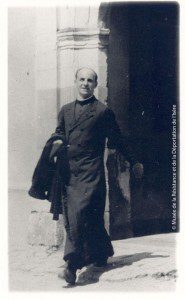 Yves de Montcheuil was a French Jesuit theologian, a JOC chaplain and a member of the French Resistance during World War II. He was captured and shot in August 1944.

He was also a JOC chaplain.

His theology owed much to the work of Maurice Blondel. And he was a close friend of Henri de Lubac, another Jesuit theologian who would play a significant role at Vatican II. De Montcheuil was also the spiritual adviser of a young Pierre Haubtmann, later to become the editor of Gaudium et Spes at Vatican II.

He was active with the Cahiers du Témoignage Chrétien and eventually became involved with the French Resistance fighters against Nazi occupation during World War II.

During the summer of 1943 and at Easter 1944 during some youth camps, he was called upon by Resistance members from Vercors. These were young Christians without the sacraments and faced with difficult questions of conscience that they felt unable to resolve alone. In July 1944, de Montcheuil joined them for a short stay. But the Germans attacked a few days later and instead of fleeing, he remained behind with the wounded.

Captured in a cave with doctors, nurses and the wounded, he was imprisoned at Grenoble and shot with several of co-detainees on the night of 10-11 August 1944.