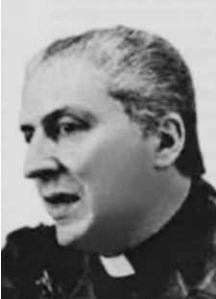 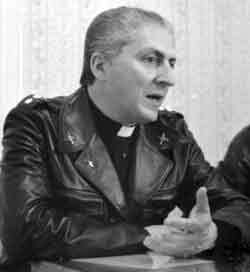 Jorge Oscar Adur was an Argentine JEC leader who became an Assumptionist priest and Specialised Catholic Action chaplain and who was kidnapped and "disappeared."

Jorge Oscar Adur was born on 19 March, 1932 in Nogoya, in the province of Entre Rios, in the diocese of Parana in Argentina.

As a student he became a leader of the JEC movement.

He then joined the French religious order, the Assumptionists. He began his novitiate in Chile in 1954-1955 (Santiago, El Golf) and continued his theological studies there (1956-1961).

He made his perpetual profession on 2 April 1958 and was ordained a priest in Santiago by Cardinal Henriquez on 13 August 1961.

He then returned to Argentina, where he taught as professor of catechesis and philosophy in the San Roman college at Belgrano, a suburb of Buenos Aires, from 1962 to 1964. In 1964 he was appointed superior of the community and of the apostolic school San Agustin.

He also carried out several pastoral roles in the northern zone of the province of Buenos Aires.

He also became regional superior of Argentina in 1965 and participated in various training bodies: master of novices in 1968.

In 1970, he co-founded the JIC (Independent Catholic Youth) in Argentina and became a chaplain to the ACI, the corresponding adult movement in 1972.

In 1976, as the military dictatorship took over, he also played a role in founding the 'Priests for the Third World' movement.

After two young Assumptionist brothers Carlos Antonio Di Pietro and Paul Edgardo Rodriguez were kidnaped and “disappeared,” he was forced to go into hiding and moved to stay with the Assumptionist community in Paris.

In 1978, he became a chaplain to the Peronist Montoneros movement.

From Paris, he continued to struggle against the Argentine military regime.

“I place my priesthood and my religious life in the Church at the service of all,” he wrote. “The reason is because the greatest expression of charity, the one towards which we Christians aspire, is reflected in politics as a social instrument demanded by justice.

“I compare this role to that of men who give with the greatest abnegation and face heroic risks. From the Church to whom I owe everything and for which I have given up everything, I share the destiny of the men who live and who died for the great interests of the people ... ”.

When Pope John Paul II travelled to Brazil in June 1980, Fr Adur also travelled there to meet with fellow Argentines and to be present during the pope’s audience with the 'Mothers of the Disappeared' in Porto-Alegre. He was meant to join this group on 17 July, 1980.

However, he disappeared on 28 June 1980 at the Paso de los Libres International Bridge, Corrientes. He was carrying important documentation on the atrocities committed by the military, to give to the pope.

His precise fate is unknown but he is regarded as one of the “desaparecidos,” then disappeared.